Today, I have the honour to introduce to you, Mr. Matthew ‘Matty’ Brandon, aka ‘Mr. Smiles’.

Matty grew up in Saskatchewan, with a couple called Chris and Shannon Gardiner, who have looked after him ever since he was a small boy. Matty has multiple disabilities, including cerebral palsy and autism. He is non-verbal and needs his routines. So as he approached adulthood, Chris and Shannon devised a life for him where he could continue to live at home, attend a day programme, and get family-based respite care at weekends, to allow them to have a break and to broaden Matthew’s base of support. But in 2012, when he was 21, Saskatchewan Provincial government agencies decreed that as an adult, Matthew should move into residential care in a group living facility for people with intellectual disabilities.

The Gardiners fought long and hard to keep Matty out of the group facility, which they knew would not cater for his needs, and with which he would not cope. But they could not stop the State juggernaut. Matty was to be removed from the only home he could remember and dumped in unfamiliar surroundings with people he did not know and whom he could neither understand, nor induce to understand him. However, after Matthew was injured, physically and psychologically, during the transition process, the Gardiners put their foot down and kept Matthew at home.

Saskatchewan responded by cutting off Matty’s funding. The Gardiners, enmeshed in a bureaucratic nightmare, strapped for cash, but determined to give Matty a good life, began looking for ways to keep him occupied for free. They also began building an online community for him, as well as an offline one. They found their local library, which was good – interesting but not too noisy. They set up a Facebook page to show all the things that made Matthew’s life enjoyable and worthwhile. Then one day they discovered that their local Royal Canadian Mounted Police Depot Division – the Mounties’ cadet training school – held a ‘Sergeant Major’s Parade’ every Tuesday, which the public could view. They were not sure if Matthew would cope with all the noise (the parade involves a brass band), but they gave it a whirl. And Matty loved it.

Soon, the parade became the highlight of Matty’s week. He would video it on his iPad and play the videos over and over. Fair play to the detective skills of the RCMP, it did not take them long to clock that the same striking-looking, tall, burly young man was turning up to every parade and paying the closest of interest. And having noticed him, they began to ask questions, then think about what they might be able to do to enhance his experience. First, he was invited to meet individual Mounties. Then, at the end of the parade, he was invited to tag along at the back, escorted by a couple of senior officers. The Depot staff would give him occasional gifts of RCMP memorabilia. On his 25th birthday, bursting with incredulous pride and wreathed in the widest of his famous smiles, he was made an honorary cadet, with a full uniform specially tailored for him.

Then he got to meet the horses of the Musical Ride. Not only has Matty been having a whale of a time, he has also, just by showing up and joining in, educated a generation of RCMP recruits about interactions with people with learning disabilities. Like Steven Neary’s contribution to UK Human Rights law, Matty’s contribution to Saskatchewan civic life should not be dismissed or underestimated.

After several years of intense negotiation, the Gardiners succeeded in – well, I’ll let Chris tell you:

“Matty now receives SDF (Self Directed Funding), has his own agency and we were able to define and create delivery on what you see here on the page year round. Something “Person Centered” and a life plan that works for one of Saskatchewan’s most vulnerable citizens. We are thankful for this, only wishing it might have been easier a process in working with the system but are hopeful that the work put into Matty’s file makes it easier for others of similarity in the future to endure less trauma and challenge moving forward where transition planning occurs.”

With a framework of the predictable, Matthew is able to cope with the occasional surprise. The Gardiners continue to introduce new experiences at intervals. Matty has two friends, Sami and Nick, who take it in turns to host him in their homes at weekends, to give the Gardiners a break and to ensure that when the day comes that they have to step back from caring for him, there are other, familiar people around who can pick up the baton and run with it. Matthew’s online community continues to grow, which is an important part of securing his future welfare, as in State care he would be subjected to a draconian ‘confidentiality’ regime that would obliterate him from view. While the Depot parades have been a highlight of Matthew’s week, the regular posts about him, with photos and videos of him enjoying his time at the Depot, have been a highlight of mine for years now. Do mosey on over and make his acquaintance here. It’ll brighten your week too.

Matthew still needs all the support he can get. Chris reports this week that:

“With Shannon away for a visit with her family/friends in her home town … and with me requiring a bit of focused time here at home with “must do” projects, our special man spent a couple extra nights away at his friend Nick’s. This time apart … replenishes all of our energy levels to a workable place and is why we designed it to be family focused, with us, or apart from us with friends he has built trust and harmony with. The goal is to make it so fluid that we all become interchangeable units of the same body, a transitional reality that needs to be in place in case any of us fall from ability to serve Matty’s best interests at any point in time. Both Nick and Sami have been along for the ride, a roller-coaster at times, and both have built beautiful trusting relationships with Mr Smiles, adding to this wonderful thing we have so carefully put in place together. Tonight I celebrate this irreplaceable effort but condemn a recent development which has created disharmony to it by an apparent policy glitch someone seems to have made their mission to see through. If they got their way, Matty would have to part ways with both Sami and Nick, an outcome that would be so very contrary to all the work both have put into the SDF project and Matty’s “Person Centered” program. As we have been through this before, we will not tolerate some arbitrary bureaucratic interference which ends in reckless harm where Matty is concerned and is why we are dropping this potential risk here with our many friends in case we have to fight back after it has gone too far. “

Sigh. It seems that Whistler’s Mother’s twin – or possibly clone – is alive, and well, and acting the interfering old trout in Saskatchewan. 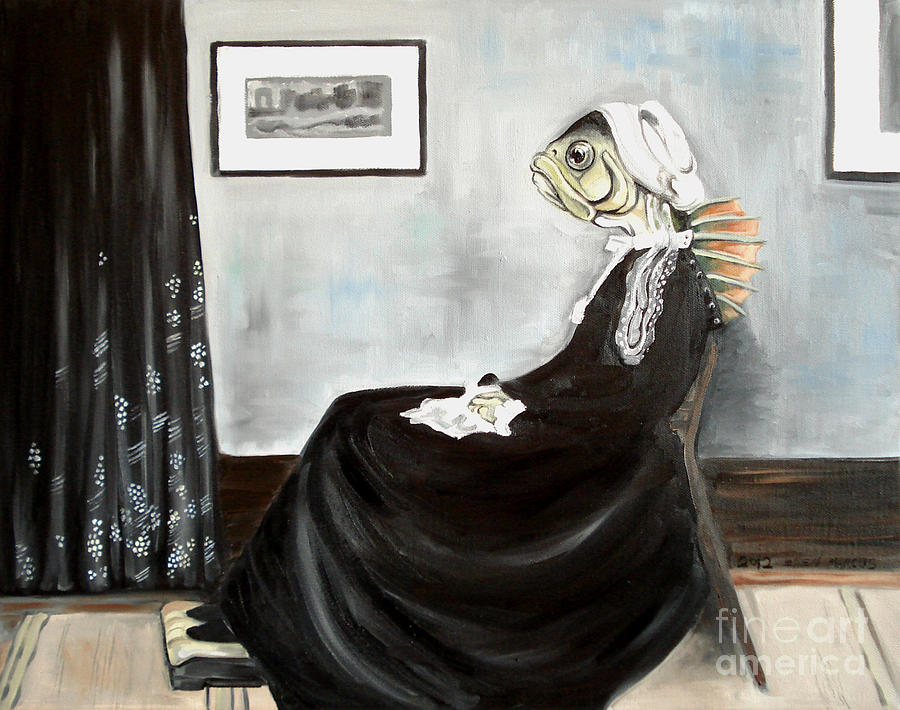