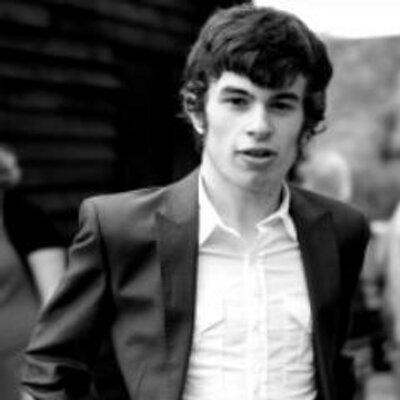 15 October 2015.  This morning was entirely taken up with legal submissions regarding the Coroner’s summing-up and directions to the jury.  The submissions and decisions will be posted here after the end of the case.

Legal submissions and discussions before jury returns for @LBInquest today. It will cover what can be put before them. We’ll tweet here {@JusticeforLB}.

Coroner explains he’s spent time looking at the proposals shared re what will go to the jury and the instructions @LBInquest.  Coroner: directions to jury and conclusions; @paulebowen provided directions from law and jury, Mr Walsh minor edits and Ms Paterson submissions.

Coroner: before we turn to detail of submissions can we deal with practical issue about where things go on record of @LBInquest.  Coroner suggests that the mechanism of death should go under how in Box 3 and wider narrative in Box 4 @LBInquest.  Now @paulebowen suggests Connor Sparrowhawk died of drowning following a seizure in the bath but ‘neglect rider’ should also go in 3.  Coroner doesn’t agree to @paulebowen suggestion but instead agrees Box 3 should say ‘See Box 4’ if jury wish to mention neglect.

Now @paulebowen suggests can shortcut some of deliberations by directing jury when there is agreement by all parties.  PB: Only question jury has to answer, whether they’ll add a rider ‘contributed to by neglect’ and whether to add narrative.  Coroner taken to existing law by @paulebowen to demonstrate how you can have short form descriptive verdict with a neglect rider.  Coroner suggests neglect should be in narrative, @paulebowen addresses him on the law #JusticeforLB.  We’re all agreed at the bar you should.  PB: The finding of how LB died is not in dispute so the jury can make that finding, then they can add neglect rider if wish #JusticeforLB.

PB to Coroner: What if anything will you say in qualification to the word gross; how will you qualify basic care and attention?  PB has proposed ‘basic care’ as term to be used #JusticeforLB.  PB proposes test for neglect: it amounts to a failure which caused or contributed to LB’s death more than trivially, negligibly or minimally.  FP for @Southern_NHSFT suggests dictionary definition for gross ‘total and complete, or flagrant and extreme’.  PB wants legal definition.  PB takes Coroner to Jervis @paulebowen thinks shd direct the jury that a serious failing is sufficient to amount to a gross failing.  Previously @paulebowen agreed that very serious failing would amount to a gross failing, but bar is not agreed so now feels shd be serious.  Now @paulebowen reads from case law about the definition of gross and the matter of degree of failure required to be gross.  Coroner proposes we use ‘very serious’ as that’s how we’d listed the evidence and to do otherwise wld be more confusing.

Now discussion of whether jury can focus on a series of individual failings or can they aggregate failings #JusticeforLB.  FP @Southern_NHSFT suggests failings should not be allowed to be aggregated; @paulebowen suggests case law allows aggregation #JusticeforLB.  Three examples of case law to support aggregation of neglect offered by @paulebowen.  Coroner considers @paulebowen is right about this issue but will allow Fiona Paterson for @Southern_NHSFT to come back on it in a moment.

Now discussion of case law around whether failure to conduct basic checks is failure of basic medical attention.  ‘The jury are precluded to make any findings that suggest attribution of civil liability’ so shd avoid negligence questions @paulebowen.  More case law discussed about observation failings and their relationship with neglect from @paulebowen #JusticeforLB.  PB: Attempt by @Southern_NHSFT to water down and create additional hurdles to {encourage} conclusion wasn’t neglect << @paulebowen.  PB: so you would be directing the jury unlawfully Sir, that would benefit no-one <<< @paulebowen #JusticeforLB.  Coroner ask Fiona Paterson for @Southern_NHSFT to take through her submissions and views related to what we’ve just heard.  FP takes Coroner to Jervis, seems departure from Chief Coroner’s Guidance and Jervis on this point [definition of neglect].  FP for @southern_NHSFT ‘clearly a tension between the Chief Coroner’s guidance and Jervis despite fact they refer to same case law’.  FP: wish to assist the jury not deflect them from a failing that the Trust @Southern_NHSFT concede should be before them #JusticeforLB.

Coroner wants to make some decisions fairly shortly, worried its getting unwieldy – other counsels asked for any submissions.

Oliver Williamson for Dr Jayawant agrees on wording of ‘very serious’ for gross.  OW concerns about how jury deal with contributing factors @lbinquest #JusticeforLB.  OW suggests ‘was there a failure in the systems in place that caused or contributed to the death’: Yes, No or Can not decide.  OW wishes heading ‘other issues’ not ‘other failures’; suggests wording for questions to be put before the jury #JusticeforLB.  OW wishes the jury to be asked ‘whether there was a failure…’ to not lead the jury #JusticeforLB.  Recap by @paulebowen.  Agreed: accept very serious is the test, shouldn’t mention simple clinical negligence and accepts the aggregation point.

Coroner requests a draft of these points before ruling; if he thinks will cause confusion he’ll revisit #JusticeforLB.

Move on to discussion around phrasing of words on system failure.  Agreed @paulebowen will sit down with Oliver Williamson and agree a form of wording to suggest to the Coroner #JusticeforLB.  Discussion on how expert evidence is considered; Alan Jenkins restates Prof C is not a psychiatrist and hasn’t worked on STATT.  Alan Jenkins, counsel for Dr Murphy ‘believes that the expert witness is offering opinions outside her field’.  AJ believes there is dispute about expert witness evidence.  OW doesn’t want jury advised that they ‘must accept her opinion’ @paulebowen suggests wording ‘it’s a matter for them [jury] to decide’.  Michael Fortune for Winnie Betsva queries whether the jury shd give reasons if they are to depart from the evidence of Prof Crawford?  Other counsels disagree for it’s inclusion, MF: ‘I clearly have no support at the bar for this’, so it’s dropped.

Discussion around advice to jury on narrative in an Article 2 case; shd avoid words such as careless, reckless, negligence. PB: In an Article 2 case you must be able make judgements of factual nature Coroner: shd be brief and factual without naming individuals.  Further discussion re how the Coroner will sum up; jury to have their lunch, we’ll resume legal submissions at 12:30 and jury return at 1pm.

Legal discussions continue amongst legal counsel @LBInquest, then the Coroner will return to discuss and agree and then the jury will return.  Coroner back in for further discussion over what direction and form is given to the jury @LBInquest.  Directions to the jury agreed; agreement on wording ‘more than minimally negligibly or trivially contributed to the death’ #JusticeforLB.

OW argues jury should be reminded of key aspects but not forced to reach a determination on each of them #JusticeforLB.  PB would like the jury to be directed to give an explanation for their answer, not just answer yes or no: in answering bear in mind…  FP for @Southern_NHSFT would like the jury to be invited to give an explanation but not be required to.  FP concedes the law is with @paulebowen and Coroner agrees so jury directions and form will be finalised and jury return in 5 mins @LBInquest.