During the morning of the second Tuesday of Richard Handley’s inquest, Wendy Read, one of the United Response staff workers at Bond Meadows when Richard died, was giving further evidence.  The issue of the interplay between Richard’s deterioration in mood, and the worsening of his constipation, came up again.

“There’s been a lot of talk about Richard’s deteriorating mental health.” said the Coroner.  “Could you outline what that looked like, please?”
“Becoming withdrawn,” said Ms. Read, “Staying in his bedroom, not coming downstairs for breakfast, sometimes lunches; not dressing properly; not taking care of his personal care; not going to the day-centre.”

“You’ve told us there was consensus this was deterioration in his mental state,” said the Coroner.  “Was there any discussion that you can remember about whether any of those things might have been related to Richard’s physical health?”
“No,” said Ms. Read.

“Is it possible,” asked the Coroner, “That this could have been because he may have been physically feeling uncomfortable?
“Possibly now,” said Ms Read, implying that no-one thought of it at the time, “Yes.”
“So that is a possibility,” said the Coroner.
“Yes, possibly,” agreed Ms. Read.

The Coroner followed up.  “At any point in those last few months, do you remember anybody saying it could have been a physical problem?”
“I don’t remember,” said Ms Read.
“You have no memory of anyone discussing a physical problem?”
Ms. Read confirmed she had no such recollections.

Not ‘invincible’, I thought.   ‘Insensible’.  Too different from the rest of us, too lacking in cerebral function to notice bodily discomforts, still less be disturbed by them and manifest that disturbance behaviourally.  Not for the learning-disabled, a belly-ache-induced grump, or an incubating-cold lethargy, or post-seizure sleepiness.  Poor mood is a sign solely of mental illness.  So the learning-disabled don’t need treatment for physical ailments that don’t show florid physical symptoms, but neither can their limited minds benefit from mental health treatments based on ‘higher’ brain functions, such as talking therapies.  The only possible treatments will be drugs and other restraints to control or damp down the disordered manifestations of their physical (oh, the irony!) neurology.

Mark Neary, who has watched his son Steven suffer the agonies of nonalcoholic steatohepatitis as a result of this approach, pointed out: It’s set up that way at transition.  Throughout childhood Steven was under a paediatrician.  At 18 he suddenly came under a psychiatrist.  No reason except for age change.

At the moment, G has six-monthly visits with the paediatrician, who makes sure the wheels haven’t come off in G’s various areas of specialist secondary and tertiary care, checks everything’s all right with therapies and education, has a think about anything new that may have come up, and writes a long, detailed letter to the GP, copy to me, so everybody knows where they’re up to.  G has never needed CAMHS or psychiatric involvement and, absent some hideous catastrophe, I am confident never will.  But at 18, oversight of G’s care will pass to the GP; or, if there’s a Learning Disability consultant involved, that person will be a psychiatrist.

Recently, G got yet another new diagnosis.  Looking back over old texts and emails to G’s Papa, detailing days-off-school and the outcomes of GP and paed visits, I reckon this one’s been creeping up on us for about four years.  The GP did some desultory investigations, but once infection was ruled out, the matter dropped.  Not so with the paed.  Every visit, it was, “And how’s the <relevant bit> been since last time?  Not so good, eh?  I wonder if…”  Further tests were less than conclusive, but the paed still wasn’t satisfied, and referred G to New Specialist. New Specialist took a good hard look, came up with a diagnosis, prescribed a suitable treatment and management régime, and G has been a great deal better since.  It’s hard to imagine that a psychiatrist would have been so doggedly persistent about a physical matter, and the GP was already stumped.  I’ve since found out that this new (and lifelong) condition is commonly not diagnosed until people are nearing middle-age and have been suffering for decades.  Large bouquet and grateful thanks for the paediatrician.  And a lot of worry for the future.  Even post-18, G really needs the holistic involvement of the paediatrician.  And it won’t be available.

Well, yes, wrote John Lish, The clue is in the name. If they were ‘anthropatrician’ then it would be a lifelong relationship.

John responded, Other than the GP, there isn’t really an equivalent generalist role. A psychiatrist is probably seen as ‘best fit’ but underestimates the continuing barriers to physical health.  Creating an community based adult generalist might be the way forward.

I’d already mentioned my worries about loss of the paed rôle in a few years, to one of G’s (many) secondary-care consultants.
She sympathised.  “We have so many more complex young people surviving into adulthood these days,”  she said.  “Sometimes their care is more than it’s fair to ask GPs to take on.  We really need a specialism for adults with complex or multiple health conditions, but there aren’t any except in elderly care.  In the past, I have referred some of my complex 18-year-olds straight to geriatrics.”
I boggled.  “Er, doesn’t seem awfully appropriate to be referring 18-year-olds to a service designed for 80-year-olds.  Would they not feel terribly out of place?”
“Oh, no, no, ‘gerries’ are lovely,” she said, warm enthusiasm in her voice.  “They’re the last generalists standing.”  Hmmn, I thought.

(Like anthropatrician, btw, I wrote to John. Could be excellent recruiting incentive?). By which I meant that I could imagine some doctors might like the idea of being called ‘patrician’. G doesn’t have psychiatric or mental health difficulties. Lots of physical problems requiring specialist continuing care, and a spiky learning ability profile, but nothing for a psych to do. Why even go there? Roll on anthropatrics!

John wasn’t letting the grass grow.  Okay, so how do we get anthropatrics established? Transforming Care has to progress to preventative and better quality support/outcomes for LD people.

We batted a few ideas around.  Looking at how geriatrics became established as a discipline and thinking how to replicate the drivers behind its development after the Second World War.  Thinking whom to rope in on the NHS side.  John went off to put his strategic-policy thinking cap on, and I began to get an attack of the wordnerderies.

‘Patrician’ somehow sounded off.  I knew it derived from the Latin word ‘patricius’ (of noble rank).  While doctors might be flattered to be named part of the nobility, I didn’t see how that fitted with the other ‘ician’ names.

I looked up ‘paediatrician’ .  Derived, not from Latin, but from two Greek words, ‘pais’ (child) and ‘iatros’ (doctor).  So the word would have to be ‘anthropiatrician’, from ‘anthropos’ (human).  But ‘human doctor’ doesn’t say much.  That could apply to any medical practitioner, except, I suppose, those in veterinary medicine.  (Not but what input from physicians who are used to reading non-verbal clues to their patients’ conditions and/or pain might be useful).

So, the word for the proposed specialism needs to say “a humans’ doctor who specialises in complex, multiple conditions” … an anthropolyatrician?  I think anthropollies might sit very nicely between the paeds and the gerries, don’t you?

Get a meeting with Ray James, the LD lead for NHS England?  suggested John.  Might as well aim high.

Indeed. So, by ten years from now, how about: 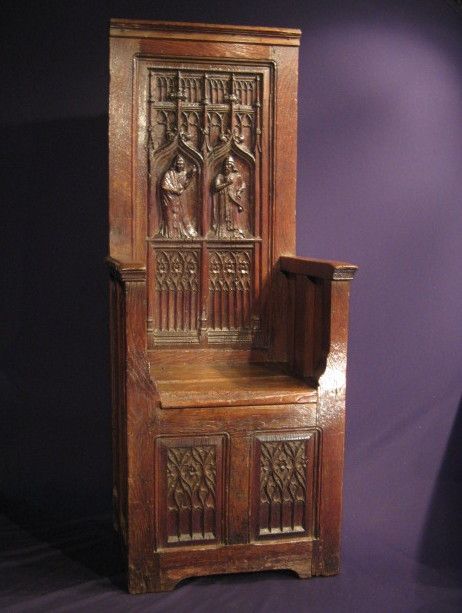 Linnet Mac sent me the link to this touching and beautiful account of her experience of searching for the right ‘adult paediatrician’ for her daughter, who turned out to be a palliative care specialist.
To Fin, to Iona’s current consultant and to all the clinicians who put in many extra hours to go the extra miles – thank you.