Can’t help feeling slightly sorry for the Eddie Stobart PR/comms people (whether it’s the lovely Bonnie or someone else) when they come into work this morning and see what’s been happening on the company Twitter timeline over the weekend.  Here’s hoping they feel love-bombed rather than battered.  And a mea culpa from me, as I’m about to add to the heap of waiting messages.  You see, I wish to resile from my suggestion of Elle Bea as an alternative to Connor Sparrowhawk.  Since I posted A Cab For Connor on Friday, it’s become evident that the ‘Stobart lorries carry female names only, no surnames, no nicknames’ rule is not actually a rule, it’s a guideline that’s been bent or bust on several previous occasions.

The first time of which I’m (now) aware was in 2005, when a cab was named Optimus Prime, to celebrate 20 years of the Transformers. While dear old Optimus comes from a C/Fe culture that seems heavy on the Fe and light on the C, and is therefore probably not gendered, it’s equally obvious that they (a plural pronoun seems appropriate for a multiform entity) have been assigned male by Hasbro and the film companies, and accepted as such by the Stobart company.

At some point thereafter, a truck was named Valentino.  This was apparently after ‘Italian racing legend Valentino Rossi’, a motorbike racer who has had the distinction of winning world titles in four different classes (rather than the fashion designer or the silent film star), but I can’t find any further rationale for this decision.

The third truck, on the other hand, Lee James Rigby (2015) breaks both the ‘no males’ and the ‘no surnames’ guidelines, for the best of reasons.  The fusilier, who was murdered in 2013 while LB was still in the STATT unit, had hoped to become a Stobart driver once his service days were over, alongside his father, also a driver for the firm.  It’s a great credit to the firm that they would honour Lee and support his family, by making an exception to their naming guidlines in his memory.

So I hope the decision-makers at Eddie Stobart will now pronounce themselves in favour of Connor Sparrowhawk, as

Looking forward to hearing from you, @EddieStobartCom. Hope you’re all having a good Monday and that you feel a well-deserved glow of pride in doing Connor proud. 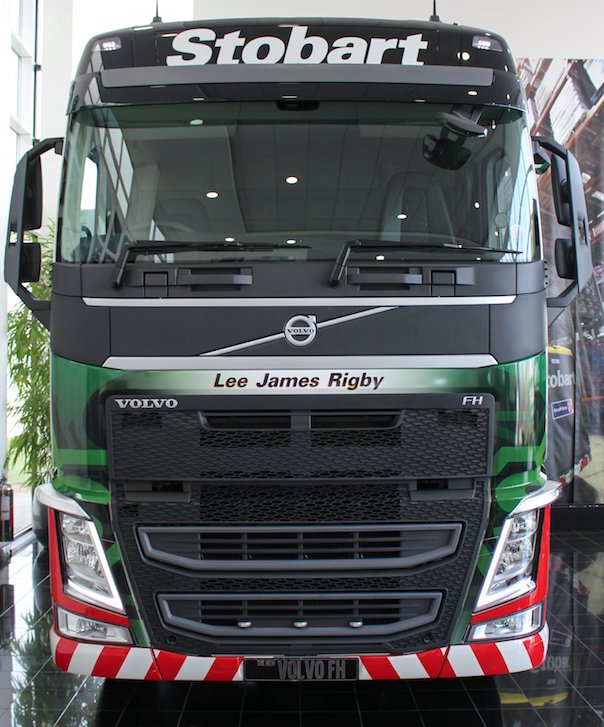